Sunce, established in 1991, is located just off of River Road on Olivet Road in the heart of the Russian River Valley.

A small ultra-premuim winery producing small lots of rare varietals, vineyard designates and classic blends. Quality is preferred over quantity; each release is limited, sometimes to 200 cases or less and many are pre-sold through barrel futures.

“Soon you will say the wines at Sunce are delectably fine.”

Sunce Winery, meaning “sun” in Croatian, is located on one of the oldest roads in Sonoma County. Where olive trees once dominated the landscape, century old head pruned vines now quietly assert their beauty. Nestled in this serene environment, Sunce Winery provides a tranquil, romantic, yet down-to-earth atmosphere. Enjoy a picnic on the deck and play a game or two of bocce ball. Stroll the estate Pinot Noir Vineyard and if you see Frane (the wine maker) hanging around ask him to take you to his barrels. 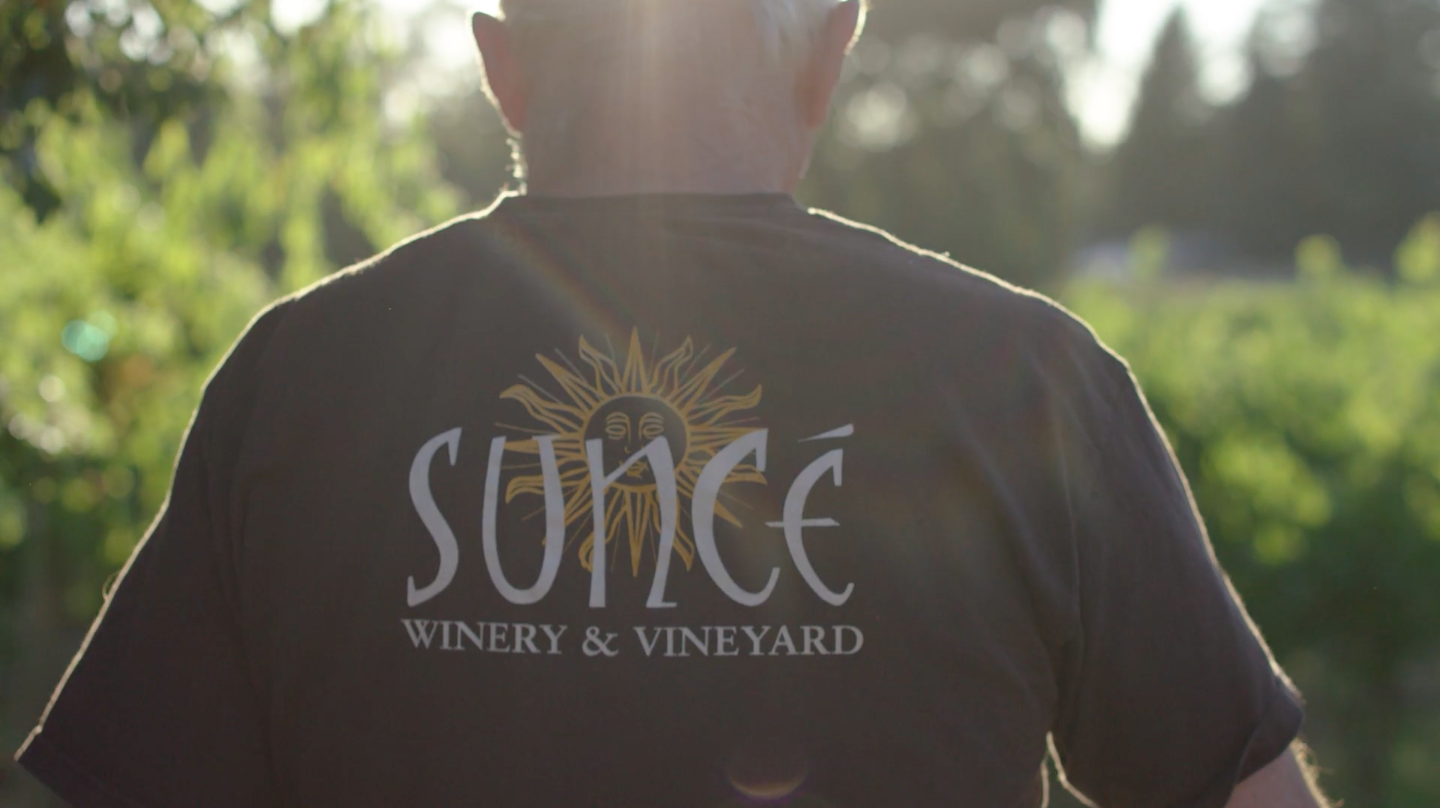 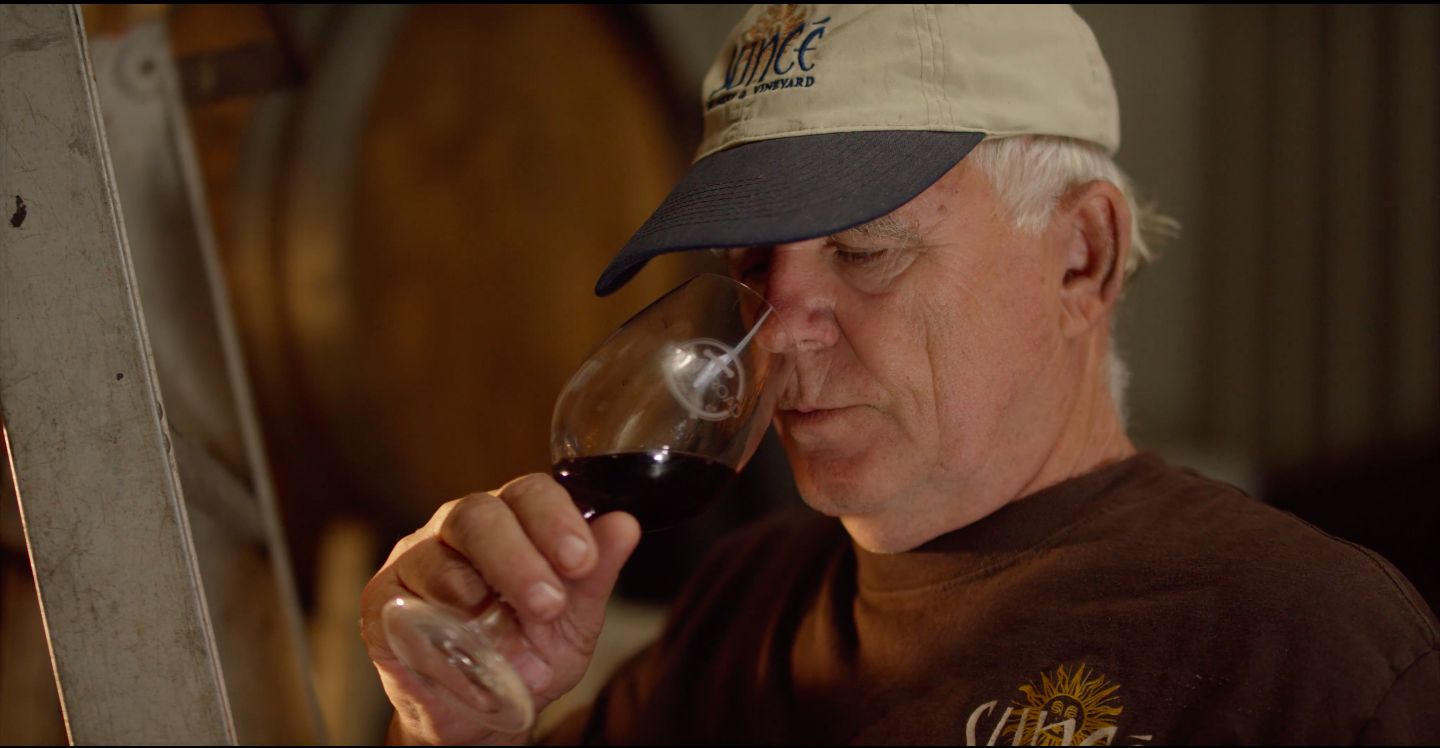 The Story of Frane

Since winemaker Frane Franicevic’s first commercial release in 1991, his wines have garnered many prestigious awards. Frane has come a long way from his Croatian origins; born in 1953 in the small fishing village of Sucuraj (meaning Saint George) on the eastern tip of the island of Hvar in the Adriatic Sea on the Dalmatian Coast.

As a boy he spent long, hot days helping his grandfather harvest Mali Plavac (a close relative to Zinfandel) from the family’s small vineyard. As soon as the fermentation was complete he would take to the fields again, this time to pick olives for the village’s co-op press. When night fell over the placid Adriatic the men in Frane’s family would spear fish by lantern off the bow of the boat. This sequence of events represented a continuity of a centuries-old family tradition.

In 1970 when Frane was just 17, he and his father left the old country to join Frane’s mom and his 10 year-old brother, Davor, who had already left three years earlier. The older sister, Miranda, was already married and stayed in Croatia. Frane’s parents moved back to Sucuraj in 1984—retiring after working 15 years as a seamstress and a shrimp boat fisherman in New Orleans.

Davor, the younger brother, has a southern accent, likes American Football, and is a Republican. Frane has a thick Croatian accent, likes futbol (soccer) and is a Progressive. Frane spent a number of years working as a waiter or maître d’ at Brennans, The Court of Two Sisters and Commander’s Palace in the French Quarter, while he attended community college to learn English. He also joined his dad and worked for his uncle shrimping in the Gulf of Mexico. Frane could’ve become a shrimp boat fisherman—he loved the sea, the good pay and the hours – but one fateful event changed this course forever; it was kind of a collision course, actually. He decided to take the boat out by himself one evening and was exuberant about the huge bounty of shrimp he had caught, more than they had ever brought in with a full crew. He couldn’t wait to show his dad and uncle—he knew they’d be appreciative, he was eager to show them that he had joined their ranks of seasoned fishermen. On the way home he got lost and his navigation equipment was no help. Eventually, he found his way back to the channel but when he awoke it was morning and he had missed the port by a few feet and had run ashore on the beach. So, Frane decided it best to stay in school. He transferred to West Georgia State and completed his BA in Psychology and upon completing his Masters he began to search for a post-graduate school, eventually bringing him out west to California Institute of Integral Studies in San Francisco. While looking for a quiet place to finish his dissertation, he stumbled on Camp Meeker in Sonoma County. Before long he began making wine in his basement, and by 1989 he already had won some contests at the local fair.

In 1990, the Franicevics opened their first winery, One World Winery, in two leased barns on Piner Road, and their first commercial release was in 1991. However, by 1993 the landowner wanted to start his own operation.

Just in the nick of time in 1994, Janae wrote a business plan to launch a new winery and vineyard site on Olivet Road. She added years of marketing and business expertise to the equation. Other than Frane’s 20 year-old pick-up, Frane had never owned a piece of wine country—not until Janae came along. She sought to provide him the other things he needed too, like: new equipment, barrels, good vineyard acquisitions etc. Yes, Frane married well.

In 1996 their first daughter Zora was born. In 1998 their second daughter, Sunce, was born and by December 1998 with Janae’s business plan they purchased 4 acres of horse property on Olivet Road with a barn, and an adjoining residence (where they’ve raised their daughters and continue to live). They decided to change the name to Sunce Winery to honor the new property and their newest daughter—a sunny property and a sunny baby (Sunce means “sun or sunshine” in Serbo- croatian). By 2000, they converted the property to a full-fledged winery, while still maintaining a second leased winery property in Sebastopol. In 2001 Zora’s Estate Pinot Noir Vineyard was planted. In 2003 their third daughter Zemlja was born and they named their Italian-style Blend of Nebbiolo and Barbera after her.

The current 2021 Harvest marks Janae and Frane’s 30th year as winemakers and winery owners—producing 30 consecutive vintages of award winning wines as a brick and mortar bonded commercial winery. Sunce is not a brand, not a faux corporate family winery with a faux family lineage legacy story, it’s a dying breed; a real family winery.

Sunce Winery is known for its stellar single vineyard designate wines, including our own Zora’s Estate Pinot Noir. We are especially proud of our many vineyard partners, who provide us with exemplary fruit year after year. Our partners include growers in the Russian River Valley, Dry Creek Valley, Sonoma Valley, and the rising Clear Lake appellation. 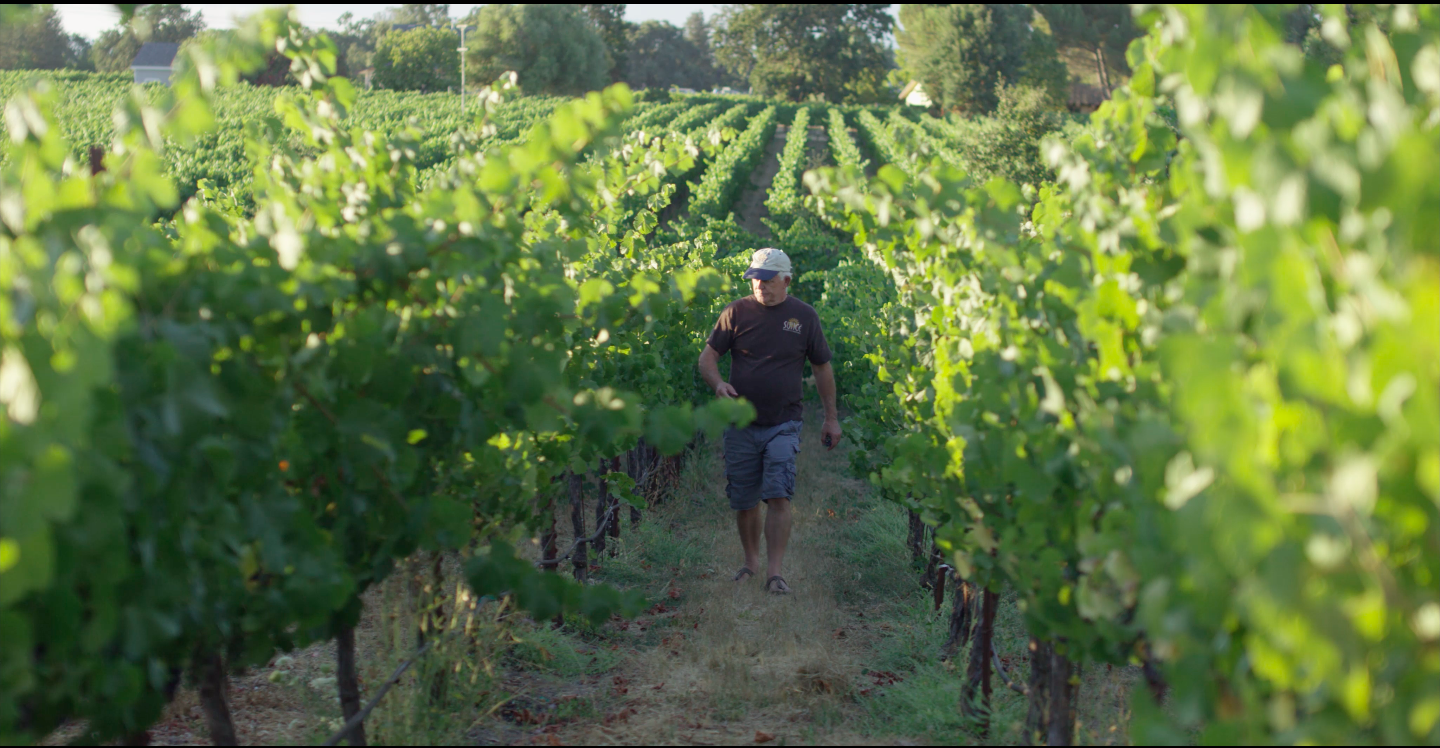